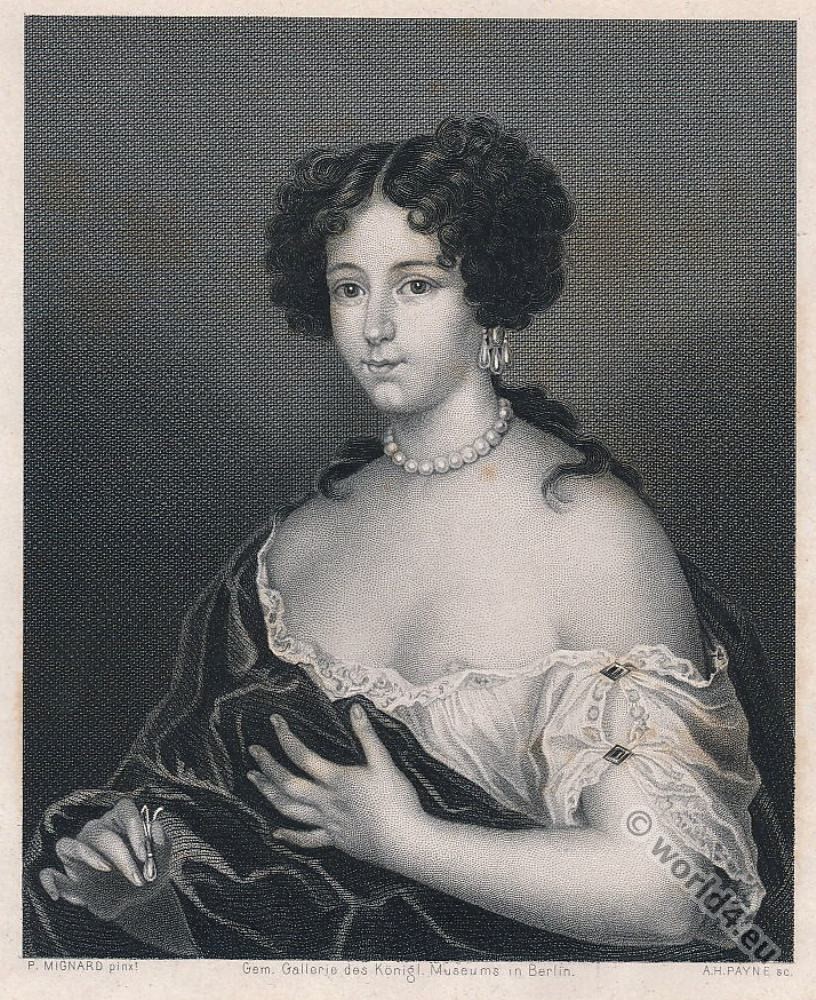 Marie Mancini (1639 -1715) was one of the Mazarinettes and mistress of the French King Louis XIV.

Marie was the daughter of Michele Barone di Lorenzo Mancini, Geronima Mazarini and thus niece of Cardinal Mazarin Jules. When she was brought by her uncle from Italy to France, she first spent two years in the monastery. 1655 she went to the French court in the Louvre. She became the first love of Louis XIV., and had great influence on the young king.

Marie and Louis thought of marriage, but Mazarin and the queen mother were still on the other hand. It has been said Louis prayed on his knees. 1661 married Marie the Great Constable of Naples, Lorenzo Onofrio Prince Colonna (1637-1689). In Rome, she introduced an unknown liberty for women. But the marriage was soon unhappy. 1672 she fled from him along with her sister Hortensia to France. From then on she wandered through half of Europe and lived in various monasteries. After the death of Colonna 1689 she moved again to Italy.