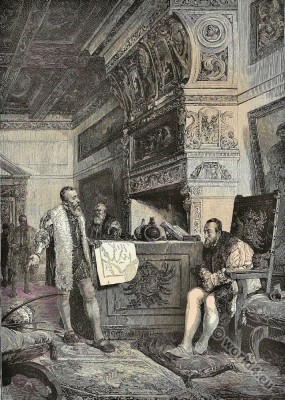 Francisco Pizarro, the conquerer of Peru, was born in Spain about 1475. In 1522 he became a captain, and organized an expedition to explore and conquer the country south of Darien. His first effort was a failure, but his success was greater in 1526. Still, he was not satisfied, and it was only after visiting Spain to state his case and to display his trophies to the king, that he optioned means to collect a large force. He conquered Peru, obtained the Inca`s treasure as a ransom and then murdered him. In 1541 Pizarro was assassinated by some of his followers.

From: Character sketches of romance, fiction and the drama by Rev. Ebenezer Cobham Brewer, 1892. A revised American edition of the readers handbook. Edited by Marion Harland.