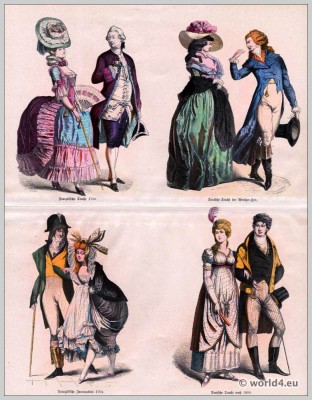 Last third of the 18th Century.

French and German Fashion. Last third of the 18th Century.

French Fashion in 1780. Right: German costume of Werther time. (The literary movement of storm und urge to you, triggered by the epistolary novel – The Sorrows of Young Werther by Johann Wolfgang von Goethe)