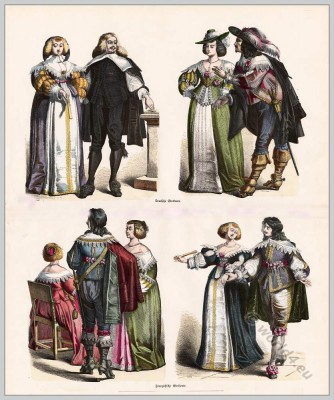 Costumes of the late 17th century, about 1690. French and German nobility.