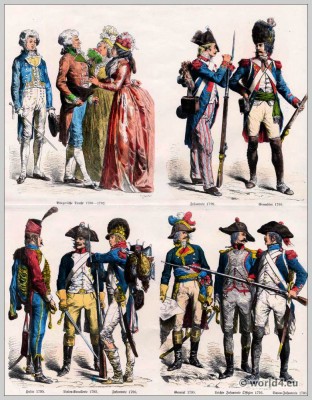 Last third of the 18th century.

Read more: The Days of the Directoire. Costumes under the French Revolution.