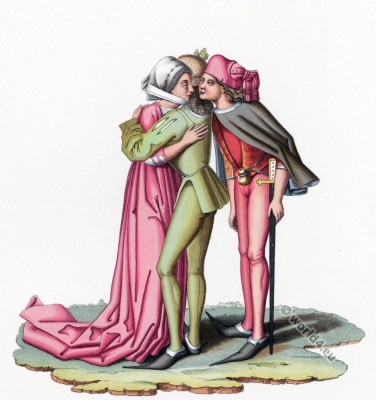 Costumes from the second half of the 15th century according to an old pen drawing at the Print room in Berlin.
One can see the work of a German master of this era. The subject matter shows a woman, getting a kiss behind her husband’s back. The depicted dresses in this picture corresponds to the late Middle Ages, just as they are found widespread at that time, especially in Germany.