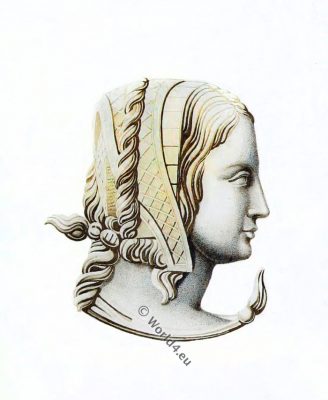 Head-dresses of the ladies of the fifteenth century 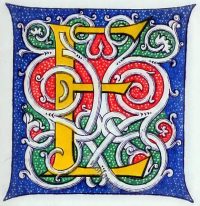 ELEGANCE and gracefulness, which had seldom exhibited themselves in the horned and peaked head-dresses of the ladies of the fifteenth century, began again to show themselves in the various headdresses of the beginning of the sixteenth. This was more especially visible in France, which country, then as now, took the lead in the fashions of dress.

But even in England, in the reign of Henry VIII., many of the forms of female costume bore a close resemblance to those which are continually re-producing themselves in the modes of the present day. 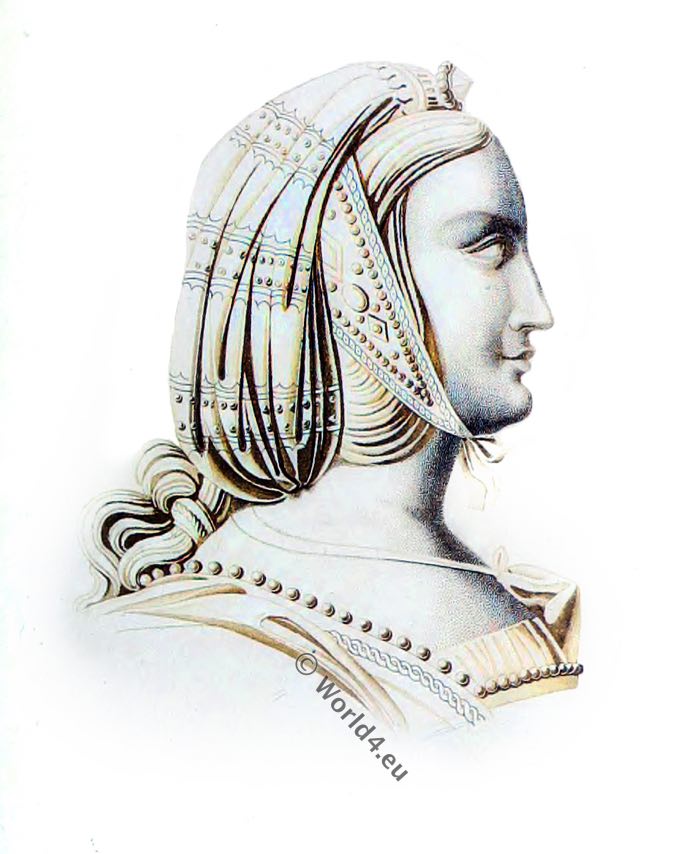 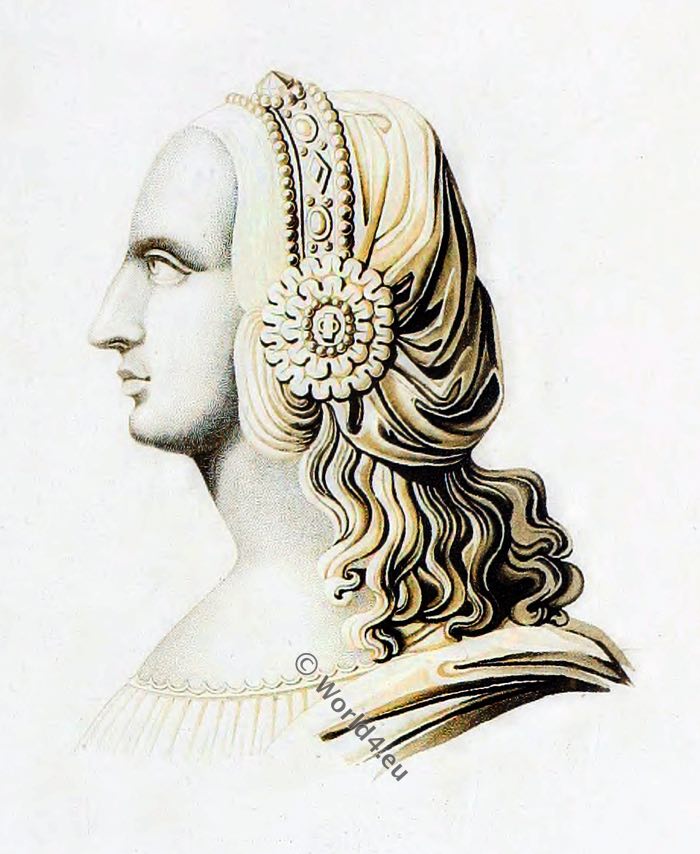 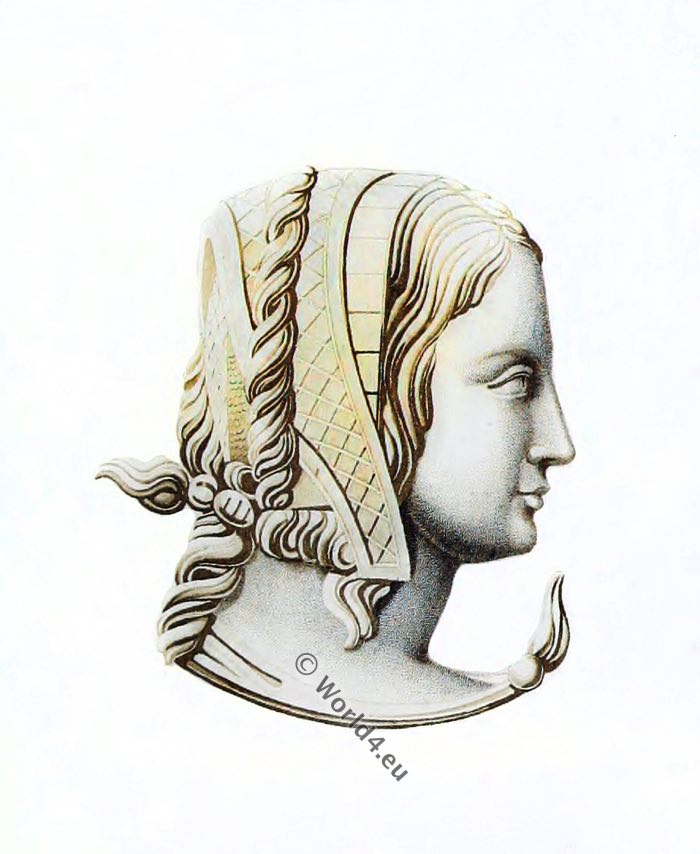 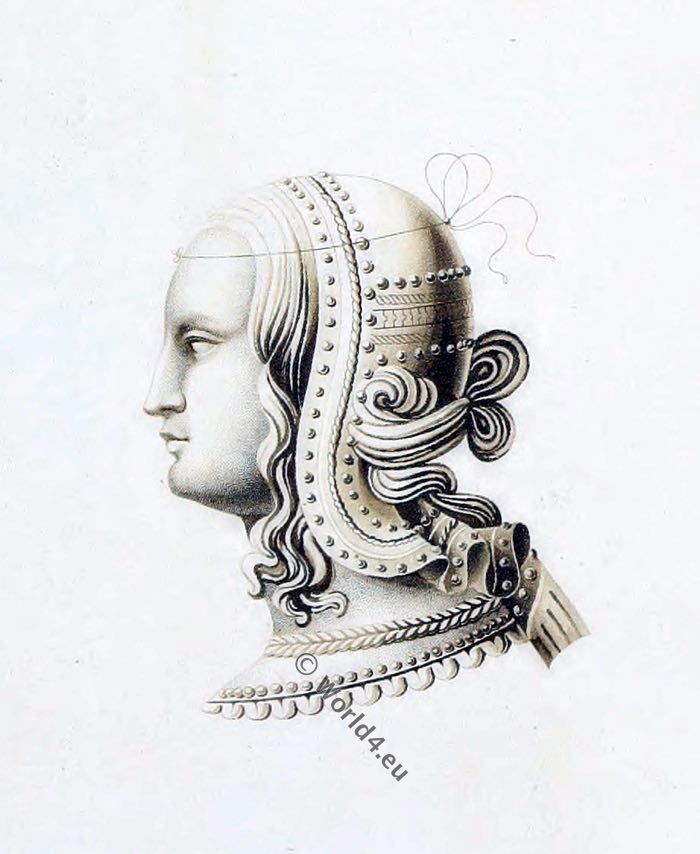 Head-dresses at the beginning of the 16th century.

This book, written at the beginning of the sixteenth century, consists chiefly of proverbs, adages, and similar matter, among which are a series of imaginary portraits of celebrated ladies of ancient history or fable, drawn in sepia, and represented in the costume of that age, under the names “Hypponne, Penelope, Lucrece, Claudie, Semiramis, Ceres, Porcie Romaine.”

With each of these heads is a brief character in French prose of the personage represented. The three here given are distinguished by the names of Lucretia, Penelope, Hipponne. The inscription over the head of the latter personage will serve as a specimen of the rest.

The caul, under which the hair is gathered in the two first of these figures, is frequently mentioned as an article of attire in England in the reign of Henry VII.; whose queen, Elizabeth of York, according to the authority in Leland, at her coronation, wore her hair hanging down her back with “a calle of pipes over it.”

The band on the fourth head, running round the temples, and ornamented with jewellery, appears to be the ‘templette,’ spoke of by Olivier de la Marche, in his Parement ou Triomphe des Dames.

The third figure on this plate, is said to be a portrait of Anne of Bretagne, the wife of Francis I. of France, who reigned from 1515 to 1547. Willemin, however, thinks it more probable that it was intended for Francis’s first wife, the beautiful Claude de France. 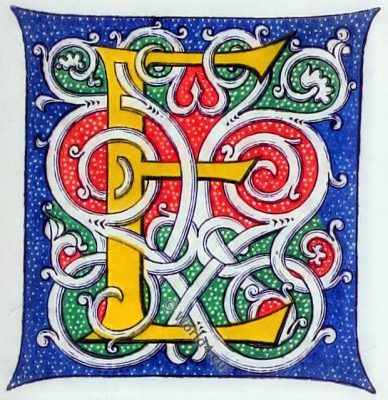 The initial letter is taken from the early edition of Pliny, which has furnished us with one or two others.

The wood-cut below, taken from an illuminated MS. written in the fifteenth century and now preserved in the valuable and extensive library of the Arsenal, at Paris, represents some kind of religious or household vessel. It has been supposed to be a cibory or reliquary, in which were placed the sacred relics, and which sometimes was used for the same purpose as the pix. The ornamental mounting is gilt, while the cup itself appears to be of glass. 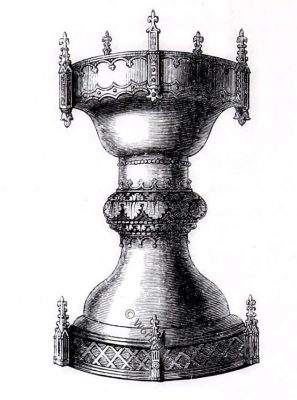