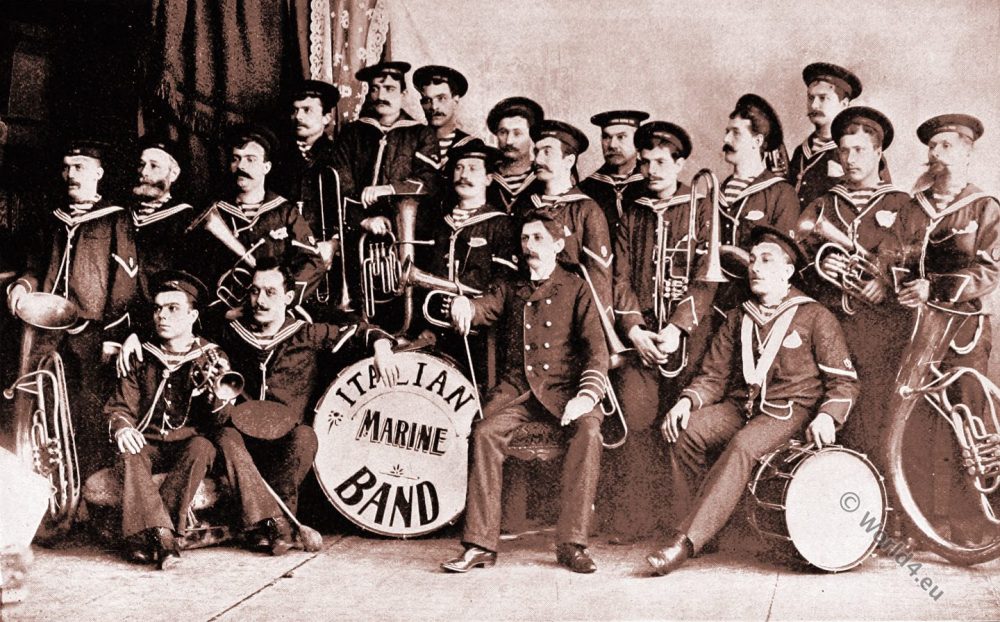 The Italian Marine Band of Chicago.

Italian Marine Band of Chicago which played at the World’s Columbian Exposition during the Fair season.


The World’s Columbian Exposition 1893 (also The Chicago World’s Fair) was held in Chicago from May 1st to October 30th, 1893. The Fair was the nineteenth of its kind. The exhibition was held for the two hundredth anniversary of the discovery of America by Columbus. The exhibition had strong influence on the architecture and art of the time and strengthened the Americans in their optimistic view of industrial progress. Previously, the city was known only as a slaughterhouse of the nation and fought against a provincial image.

The exhibition with its white buildings in the style of historicism should bring a significant change of image. Overwhelming already by the unseen dimensions was the big picture. In great harmony worked the location and the architecture of the exhibition building, the water areas and gardens together. Author of the design of the entire plant was the Chicago architect Daniel Burnham in collaboration with the landscape architect Frederick Law Olmsted. The white facades and the never before used on such a scale electric lighting of the exhibition area ensured in the dark for imposing effects. It was a historic moment, as Nikola Tesla and George Westinghouse presented to the public the AC power.

The exhibition should be terminated on 30 October 1893 by a closing ceremony. Two days earlier, however, the mayor of Chicago Carter Harrison was murdered by a man named Patrick Eugene Prendergast. Because of this attack, the closing ceremony of the World Expo got canceled.