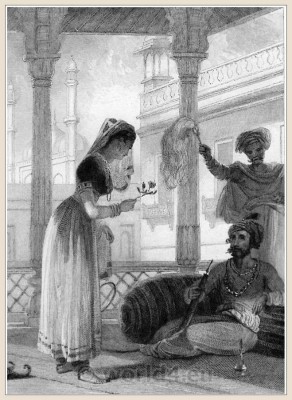 A Mughal woman presented a rose to his Lord

“A Mughal woman presented a rose to his Lord”. Noble woman and noble men of the Mughal Empire in 18th century.