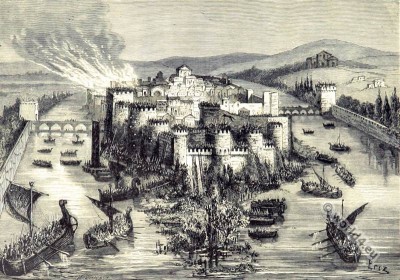 Siege and attack on Paris by Vikings