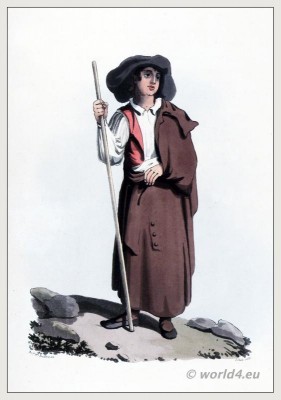 IN this district a variation is observable in the dress of the peasantry, and bespeaks the contiguity of the Spanish frontier. Instead of cocked hats, which are so general in Estramadura, round ones with immense brims are used, turned up at the sides, or brought over the face, according to the fancy of the wearer.
Cloaks of dark brown are here generally worn.