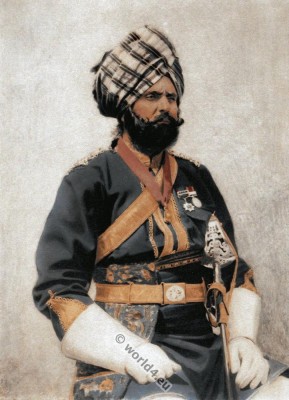 A Ressaldar of the 16th Bengal cavalry.

The native captain of an Indian cavalry regiment.