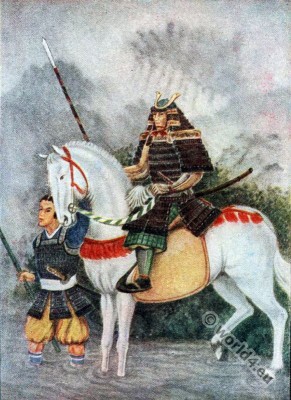 Toyotomi Hideyoshi (1537-1598), was a Japanese military leader and politician who decisively to the unification of modern Japan contributed (also referred to as the second of the three imperial unifier). He took over the position as General after the assassination of Oda Nobunaga, brought about the unification of Japan and was replaced by Tokugawa Leyasu, who founded the Tokugawa dynasty of shoguns.