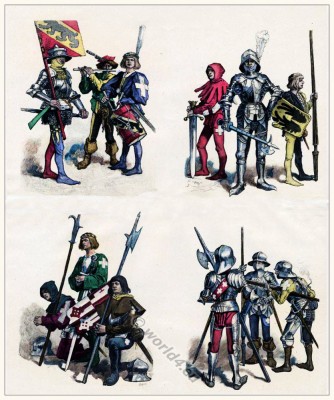 Upper half of the image on the left: Standard-bearers and drummers. Right: executioner, captain and Page.
Lower left of the image: Foot servants with helmets, shields and spears. Right: Waibel, Reissiger and Musketeer in plate armor and fully armed. Halberd, lances, swords, daggers.