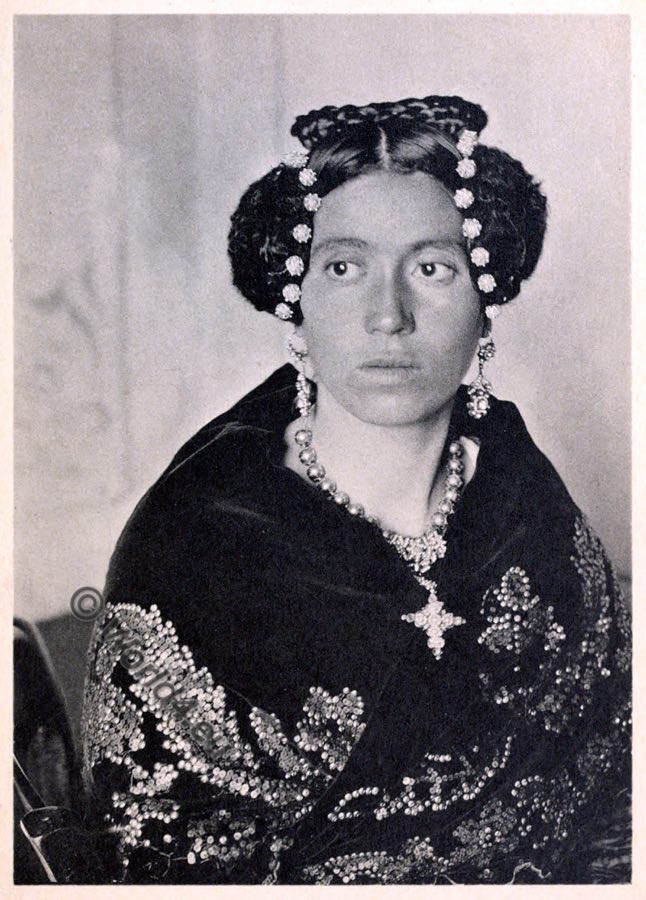 Toro is a small Spanish town in the province of Zamora in the Autonomous Community of Castile-León.

The festival dress of the women of Toro is called the Costume of the Rich Widow (Viuda Rica), presumably because it is made of black velvet and richly adorned with heavy gold embroidery.

The coiffure which accompanies this costume consists of a broad plait tied into a chignon at the back of the head with large rolls of hair, outlined with gold or silver hairpins, framing the face.

It is said that this coiffure was once in daily use, but that some forty years ago it was abandoned for everyday wear. Certain women in the town conserve the skill to dress the hair in this fashion, and their services are in much demand at carnival time. It requires more than an hour for the hair-dresser to arrange the coiffure. 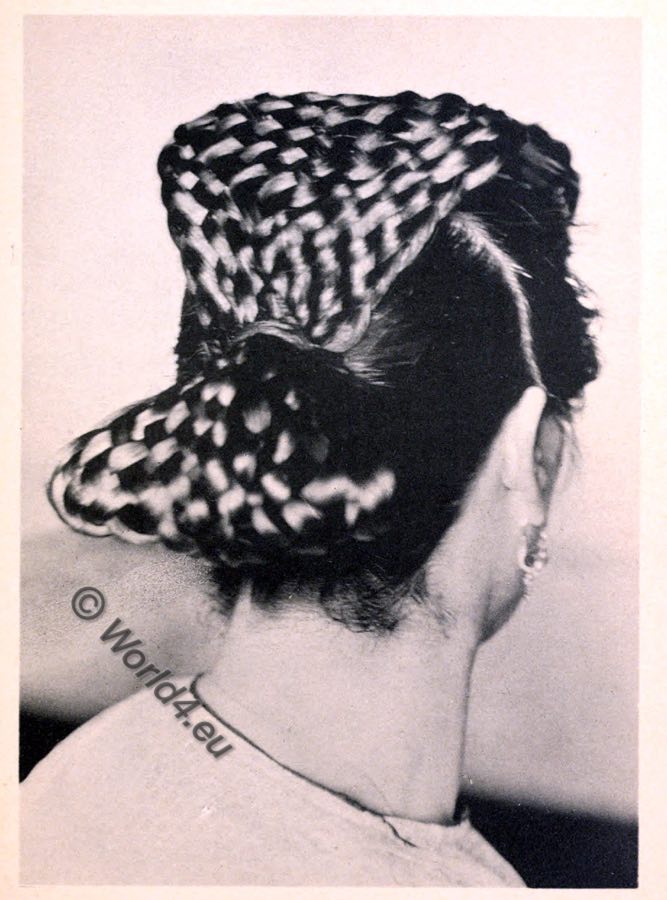 The end of the plait having been fastened to the top, the plait is spread over the back of the head and tied through the middle.

Source: Spain, costume details. Women’s Coiffure. Ten illustrations from photographs in the collections of the Hispanic Society of America. Published 1900 by The Society in New York.