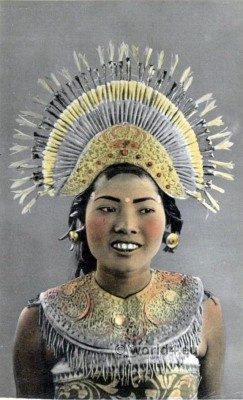 Legong is a dance that, in its present form, originated on the Indonesian island of Bali at the beginning of the twentieth century. Depending on the story, the ensemble can comprise two to five dancers, with the most popular version, Legong Kraton ( “Legong of the Palace”), performed by three dancers. All Legong performances are accompanied by elaborate costumes of tightly wrapped brocade, the headdress decorated with frangipani flowers, the intensely painted faces of the dancers and the accompaniment by the orchestra Gamelan pelegongan.

The slightest nuances of facial expressions and gestures serve to mediate the illustrated narrative and the associated emotions. The dance places high demands on the skills of the dancers and is often described by connoisseurs as the most beautiful Balinese dance.

The Legong Kraton tells a story from the Java of the 12th or 13th century.