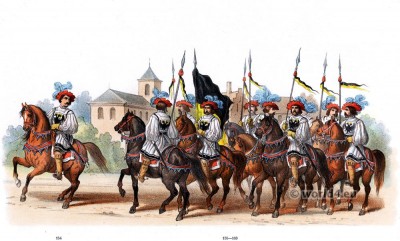 154. Jean de Montmorency, Lord of Courrieres, Captain of the emperor’s guard.
55-163. Ensigns and the Emperor’s guards.