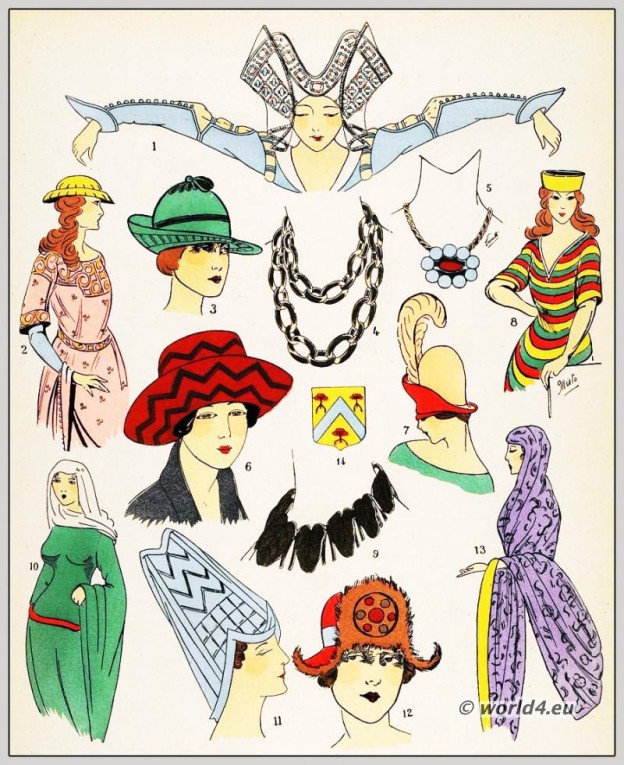 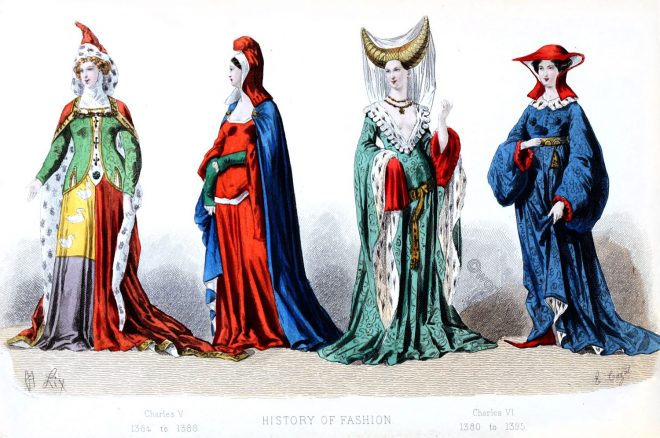 The States of Languedoc – A young French lady in the fourteenth and fifteenth centuries – Low dresses – Saying of a mercer – Damoiselles – Garnaches and garde-corps – Le Parement des dames – Social distinctions – High character is worth more than gilded belt – Precious stones – The castles and other dwellings of the middle ages – Splendid furniture – Humble abodes of the poor – Evening assemblies. 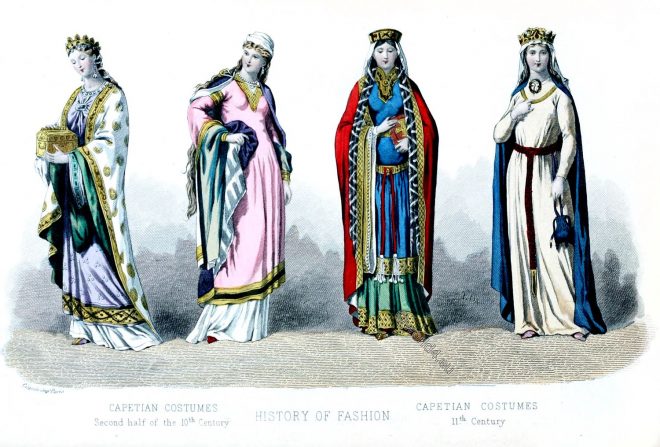 Earliest times of the Carolingian period — Variety of costume in the provinces — Fashions in the Duchy of France — French taste dating from the eleventh century — Luxury increases with each generation — The dominical —The “bliaud” — Canes of apple-wood — Women in the twelfth century — Headdresses — “Afiche” — Serpent-tails — Pelisses — The thirteenth century — “Greves” and veils are in fashion — The “couvre-chef” in the fourteenth century — The skirt, or “cotte-hardie,” surcoat, or overall, or overskirt, cape, trained skirt, and “gauze” — Accessories — Emblazoned gowns — Various kinds of stuffs.