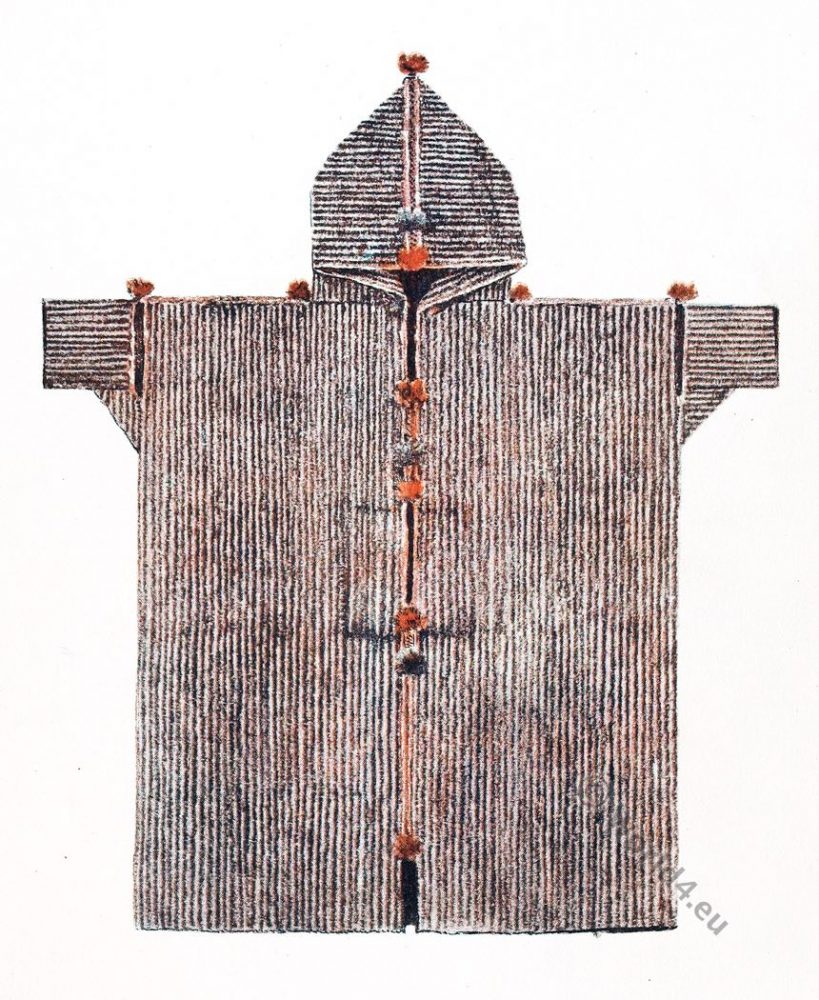 The djellabia or djellaba. Maghreb region of North Africa.

Djellaba arab. جلابة It differs from the Egyptian Galabia by a sewn lace hood.

This hooded garment serves as an outer dress and replaces the burnoose or sulham. It is usually made of rough wool, has brown-grey, or grey and black stripes, and is mostly edged yellow or red with green and red tassels. The Riff Kabyles wear unicoloured dark brown djellabias with yellow braid and coloured tassels. Townsfolk favour blue cloth djellabas. The braid is then often crimson. The “mokhasznia” (native gendarmes) and travellers wear the djellaba over the haik.
Tilke Collection.