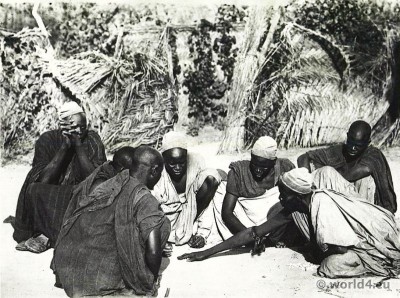 Kanuri (Hausa name beriberi) is a nation in central Sudan area and Lake Chad. They see themselves as the people of the old Empire of Bornu. The Kanuri are Muslims since the 11th century. The old Kanem-Bornu Empire, which originated in the 8th century in the Lake Chad region, had its first peak in the 12th to 13th century. They secured the caravan trade and important trade routes to the Mediterranean.