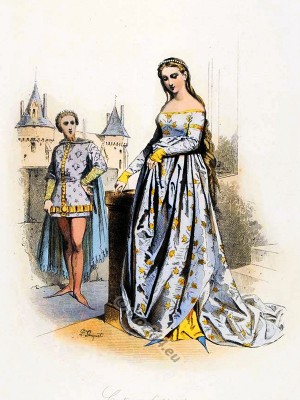 French ceremonial robes in the reign of Charles V, 1364.