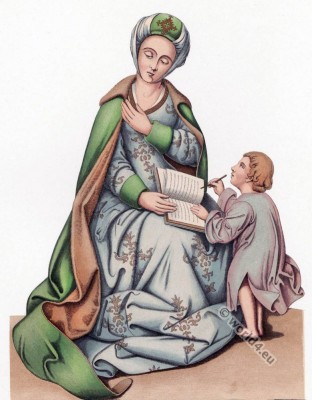 A Woman Costume from the late 15th century, after a painting of the Dutch school, at the Städel Museum in Frankfurt am Main.
This figure is undoubtedly a portrait; the whole section of her costume, fully consistent with the fashion, which had developed in the late 15th century in the Netherlands and in France. The turban-like headgear was widespread in these countries, in Germany rather rare.