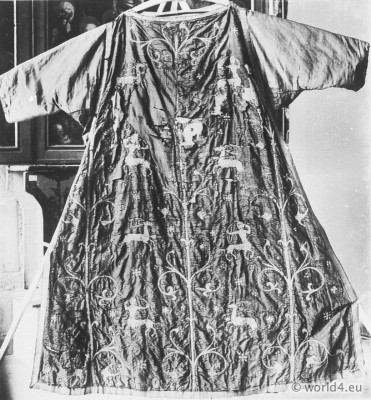 Dalmatic, a long robe with wide but short sleeves that was worn especially in the Middle Ages in Dalmatia instead of the Roman Tunica. The so-called Blue dalmatica belonged to the coronation regalia of the German emperors. As it was Levitonarium of bishops, deacons,- the liturgical garment worn in place of the Planeta or Causa, over the alb and the stole during the Ecclesiastical Fair.