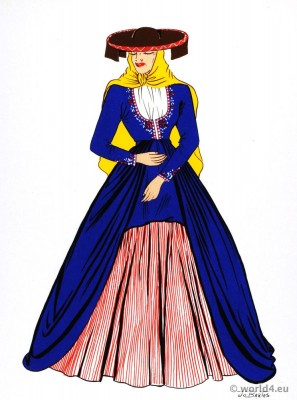 The peruvian woman´s headdress changes from village to village. In some places scarf is worn under the flat, broad brimmed hat, which is made of homespun and trimmed with gold or silver tinsel.