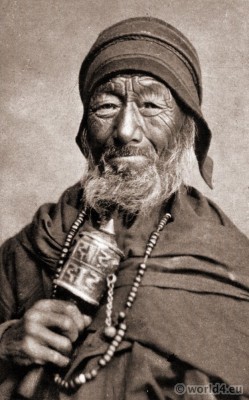 A Tibetan Lama with Prayer Wheel.