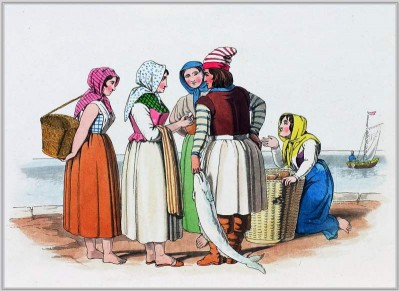 IN France, that “pays des modes,” the contrast between the rich and the poor is, and was (under both the regimes) striking: the rich varying their dress with the moon, the poor not even with the century. The peasantry, the fishermen, the postillions, all classes below the bourgeoisie, are now, as they were formerly, dressed in heavy, cumbrous woolen cloth.