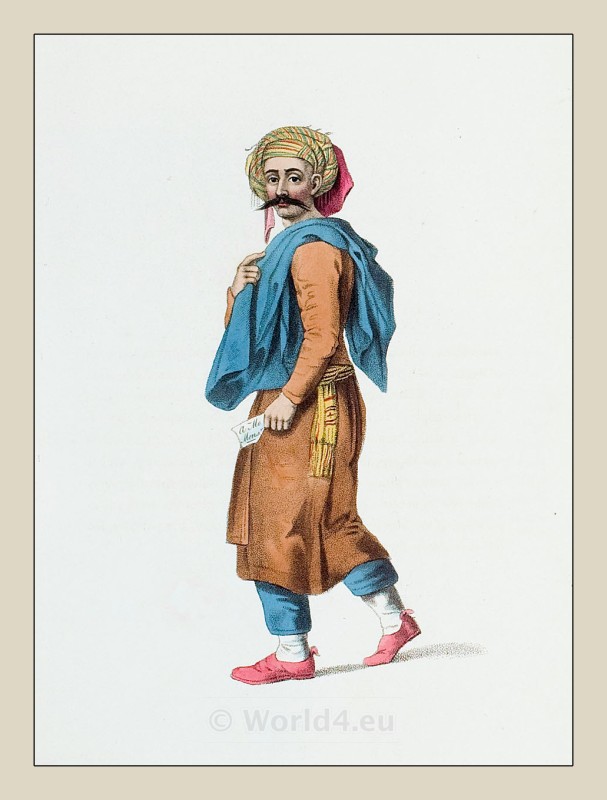 An inhabitant of the coast of Syria

An inhabitant of the coast of Syria. Historical Syrian costume.

THIS Plate, which represents the dress of an inhabitant of the coast of Syria, is also very similar to that worn by the Asiatic Janissaries.
It is highly picturesque and very different from the Janissaries of Constantinople. In many eastern countries the climate is very variable, and the inhabitants therefore are obliged to clothe themselves warmer than Europeans perhaps might think it necessary, and to put on several kinds of dress, one over the other, that they may either lay them aside or resume them at their pleasure, as the temperature of the atmosphere varies. The blue cloak thrown over the left shoulder is for that purpose.