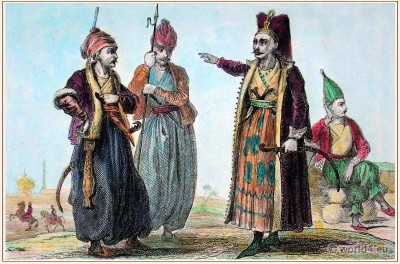 The Janissaries were the Infantry of the Ottoman Empire. Created in 1330, this military force was directly responsible to the sultan. As soldiers strict boys selection was made. The recruits came mainly from Serbia and Bosnia. For education and training to Janissaries, they were brought to the Ottoman Empire and strictly trained for elite soldiers.

Note:  A Spahi of the Asiatic provinces. Member of the Ottoman irregular cavalry.