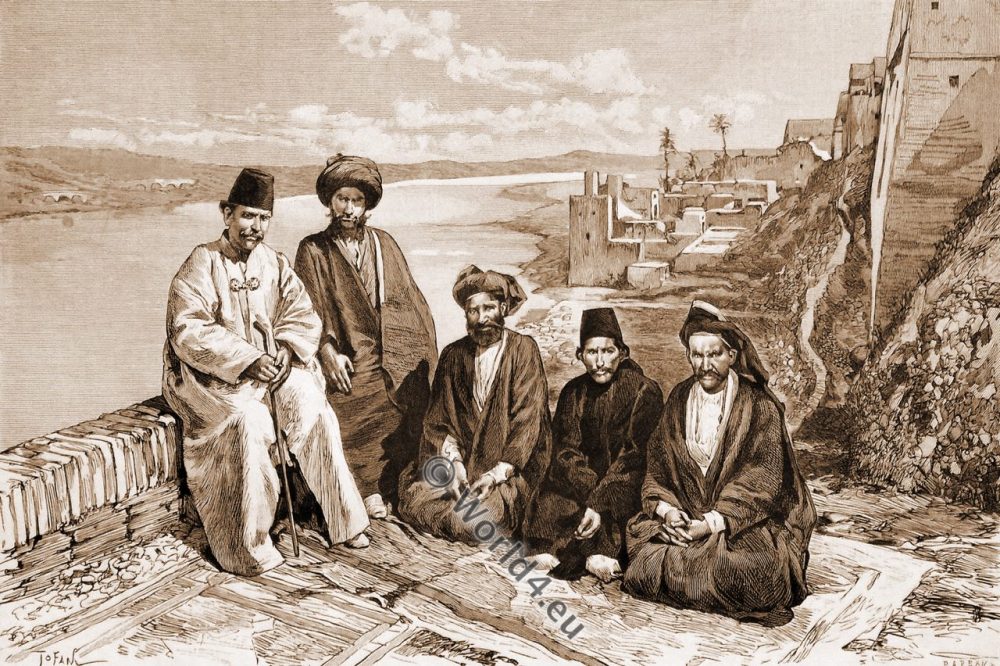 Visit to Sheikh Thaer, administrator of the vakfs property of Daniel.

Visit to Sheikh Thaer, administrator of the Wakf property of Daniel, 1848.

Iran. Khuzestan. Ab-Dizfoul and the secretaries of Sheikh Thaer. Drawing of Tofani, from a photograph.

Wakf, Turkish: vakıf is an institute of Islamic law which is comparable to the foundation, in German also known as a pious foundation.

The founder establishes the foundation by determining a purpose recognized by Islam. He declares that he wants to found the foundation for all times, to register it with a Qādī, and to hand over the property to an administrator, which he himself can be.

As the owner of the endowment, God is conceived, for whose creatures it is administered; it is therefore an inalienable good of the dead hand.

The purpose of the foundation can be mosques, Madrasa schools, Sufi convents (Tekken), hospitals or facilities for armed food. But also mills, water mills, irrigation canals and public wells, as well as the support of the poor in the sacred sites of Mecca and Medina can be foundations.

“Vakf had a sepecific meaning at the time the Constitution came into operation. It denoted the entailing of property itself (imposing an interdiction on its transfer) in such a manner that its benefit is given to men, on the condition that the property is to be regarded as the property of God. Vakf was thus the equivalent of “dedication”. Vkaf further denotes, however, the object of the dedication and not just the act. Evkaf is the prural of vakf, although vaks’s my be used.” Quote: Religion, Rights and Secular Society. European Perspectives. Edited by Peter Cumper and Tom Lewis. Published 2012. 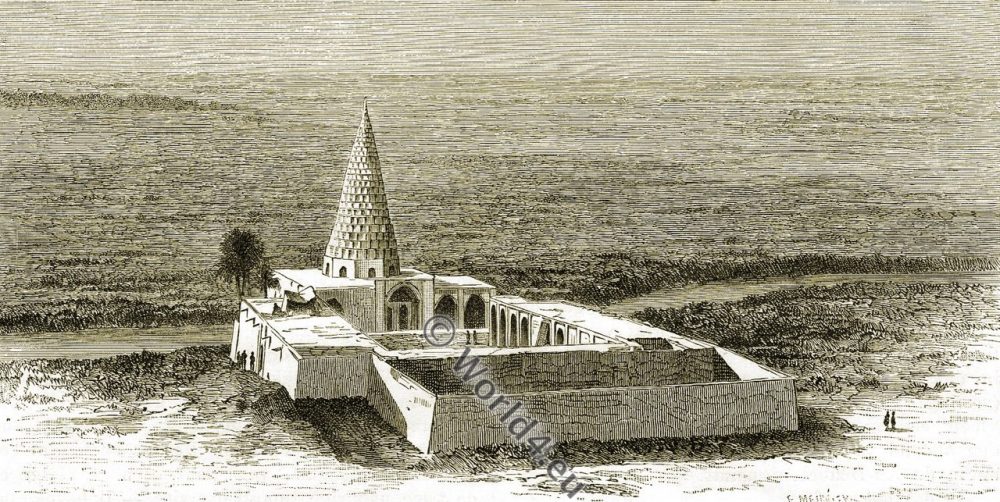 The tomb of Daniel in Susa, Iran.

The tomb of Daniel

The tomb of Daniel, or the mausoleum of Daniel in Susa, Iran, is traditionally the place where the prophet Daniel is buried. The tomb was first mentioned in writing by Benjamin von Tudela, who visited the village in 1160. According to biblical tradition, Daniel might have been in Susa during the Babylonian exile.

Nothing is reported in the Bible about his death, but according to Jewish and Arabic tradition, his grave can be found in Susa. The mausoleum has the shape of an asymmetrical white tower. It is a Muslim pilgrimage site.