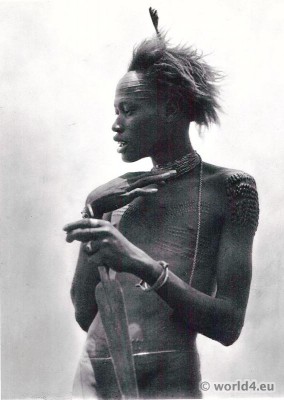 The Nuer are an African ethnic group in South Sudan and western Ethiopia. They are traditionally cattle farmers. Their social structure is divided into many individual descent groups, which derive their origin from the fathers line and together form a society without a central political leadership. The people of the Nuer lives mainly in the wetlands of the White Nile and its two main tributaries.