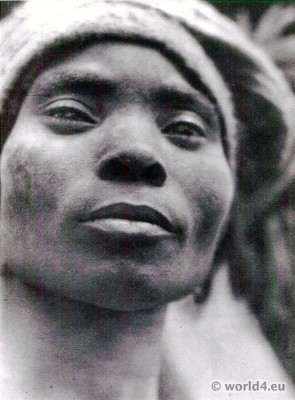 The Fante belong to the ethnic group of the Akan and live mainly in the Central Region in southern Ghana. The Fante (or Fanti) came in the 15th century with Europeans in contact, as the Portuguese and the Spaniards drove along the coast of West Africa. With them related Aschanti the Fante since the rise of the Ashanti Empire lived in constant fighting, as the Fante with the allied British, the Ashanti restricted the access to the sea and thus to trade with the Europeans. Famous are the so-called asafo-companies of the Fante, a kind of warrior societies today with far-reaching social significance.

Note:  Woman of the African tribe of Wodaabe Bororo, 1930s.