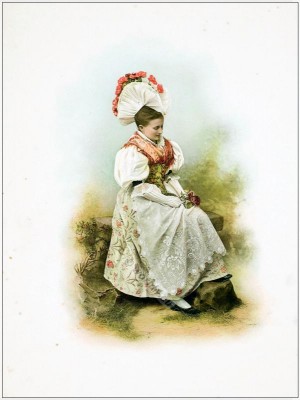 Note:  People in the costumes from Appenzell.