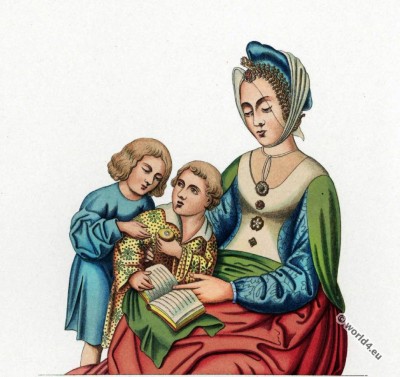 Women and children costume from 1470.

Women and children costume from the second half of the 15th century, after a painting of the Dutch school, drawn by Wilhelmine Wendelstatt.

The lady is dressed in Lower Rhine costume, the jewelry she wears, we added for clarity at larger scales. The book according to the fashion, (but which is even longer received), an envelope, probably of velvet, which hangs here over the knee. 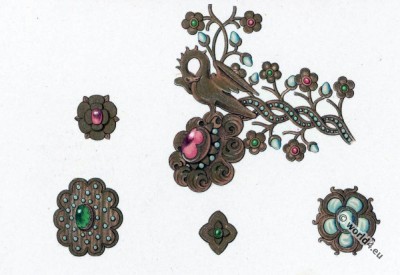 Illustration of jewelry of the table above.