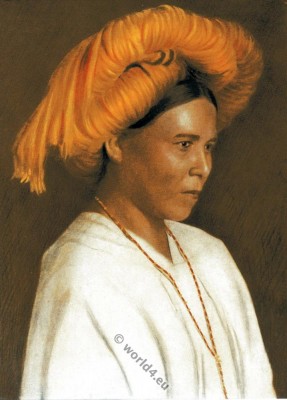 A Zapotec woman of South Mexico.

The Zapotecs are peoples of Mexico, and inhabiting the Mexican state of Oaxaca in southern Mexico. In pre-Hispanic times the Zapotec were carrier of an advanced civilization in southern Mexico. The center of their cultural development was Monte Albán. They called themselves Be’ena’a zaa zaa or Peni, Cloud People ‘