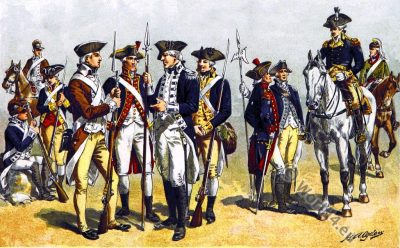 Uniforms in the Revolutionary War.

American uniforms in the Revolutionary War.

Source: American uniforms: The Household History of the United States and its people by Edward Eggleston. Published in London 1889.