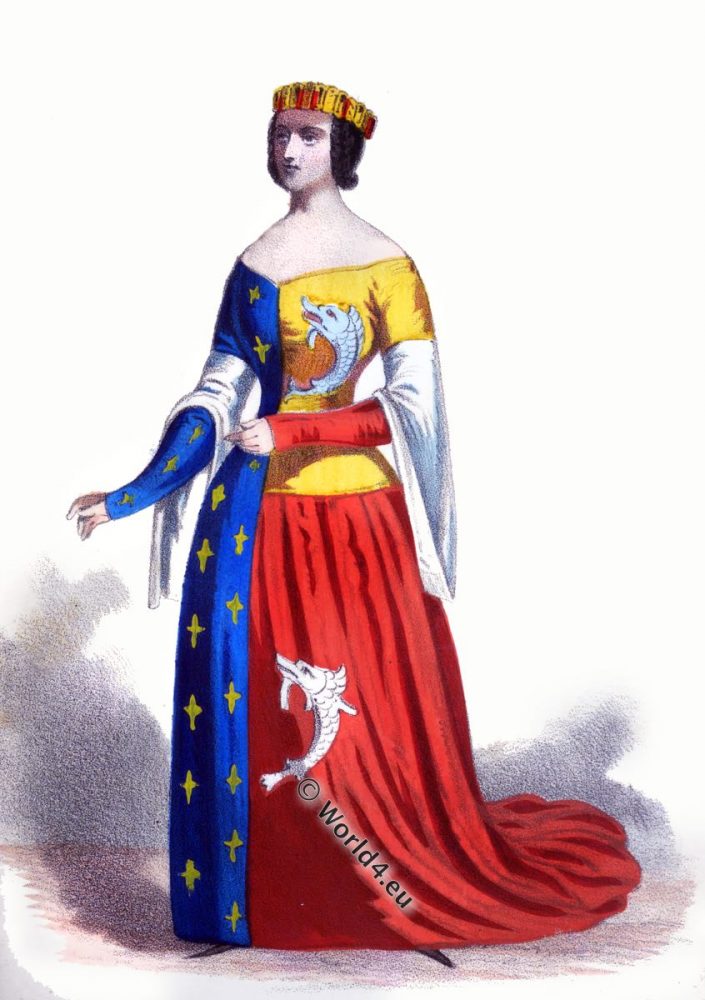 She wears a crown, her hair in plaits and armorial robe. Dress emblazoned with Fleur-de-lis and the French Royal Dolphin (Dauphine). Hand-painted copy of 14th century.