Edward III. (13 November 1312 – 21 June 1377) from the Anjou Plantagenet dynasty, was king of England and Wales from 1327 to 1377 and is considered one of the most important English rulers of the Medieval times.

AMONG the most interesting discoveries connected with the ancient palace of Westminster, were those of the paintings on the walls of St. Stephen’s chapel and of the room which from this characteristic has always been known by the name of the Painted Chamber.

Frequent discoveries made of late years combine to show how much painting was used in the Middle Ages for architectural decoration, particularly in churches: and numerous pictures in our illuminated manuscripts exhibit the magnificence which appeared in the decorations of the interiors of palaces.

The painting from which our plate is taken formerly appeared at the east end of St. Stephen’s Chapel. On the north side of the altar, the wall was painted with two ranges of figures: above were represented the three kings making their offering to the Savior, who was in the arms of the Virgin Mary; while the lower range was divided into seven compartments, or arched canopies like the one in this plate, containing the figures of St. George, Edward III., and his five sons.

St. George is represented as leading the king, to present him to the virgin. On the other side of the altar a similar series represented the female part of the royal family. A set of engravings in outline, of these paintings, diminished in size, was published by the Society of Antiquaries.

In this picture we have, in all probability, a tolerably accurate portrait of the king, taken soon after the year 1355, the date of the birth of his fifth son. The figures, if erect, would be in the original about eighteen inches high. Edward is represented in full armor. His crown is embossed and gilt; the helmet silvered, with its rim gilt. The mail also was embossed and gilt. The surcoat is quartered with the arms of England and France; the lions being embossed and gilt on a red field.

The wood cut  represents a cup of silver gilt, still preserved at Pembroke College, Cambridge, where it is used on festival days. This cup was presented to the college by its foundress, Mary de Valentia, countess of Pembroke; the date of the foundation was 1347. Round the bowl of the cup runs the following inscription: Sayn Denes y’ es me dere, For hes lof drenk and mak gud cher.

And below is inscribed: M. V. God help at ned.

M. V. are the initials of the donor’s name, Mary de Valencia. The initial are taken from a MS. of the reign of Edward III., preserved in the British Museum, MS. Reg. 6. E. IX. The latter is a specimen of diapered ornament from a piece of drapery in one of the illuminations. 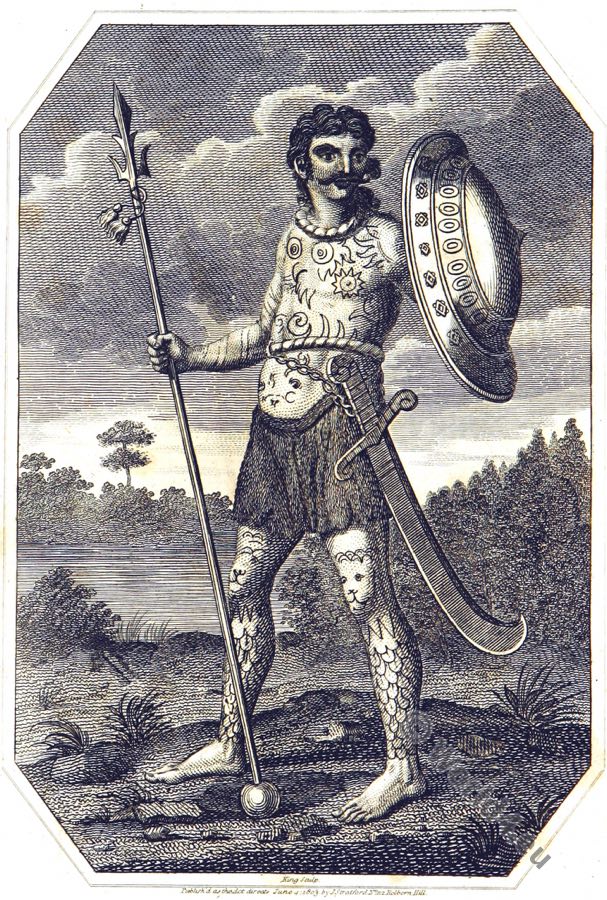 The Cimmerii or Cimbrians and the Celtae or Celts, who wandered from the shores of the Thracian Bosphorus to the…

Note:  Costumes from Friesland in the 16th Century. 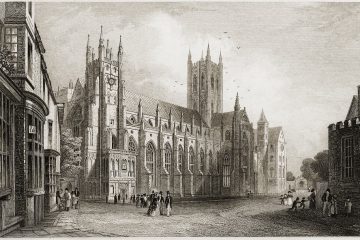 The ancient city of Canterbury is chiefly remarkable for its churches, especially for its magnificent Cathedral, which is eight centuries… 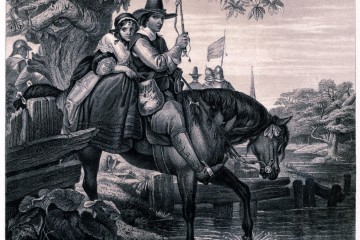 Charles II in disguise aided in his escape by Jane Lane.

The Escape of Charles II after the battle of Worcester. Charles as William Jackson riding with Jane Lane to Bristol. 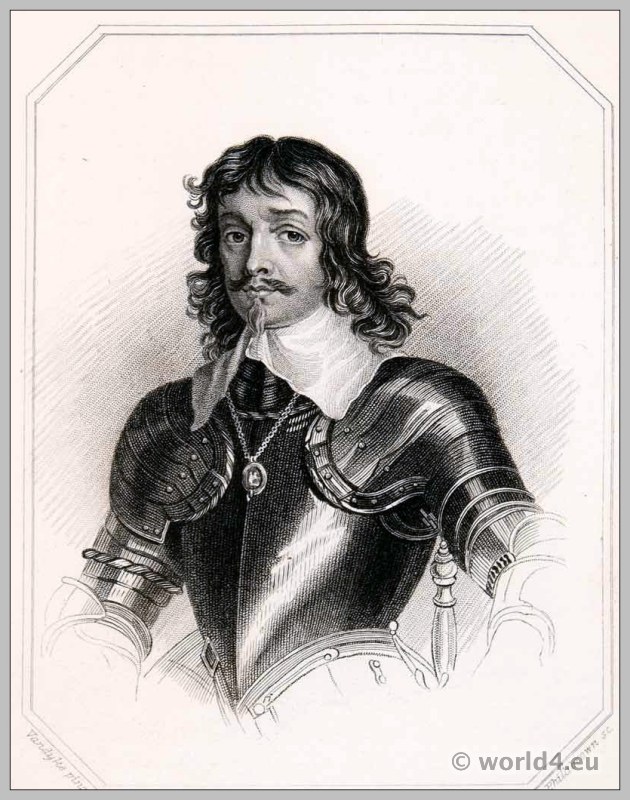 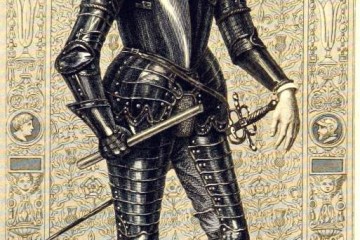 Charles I King of England, Scotland and Ireland from the House of Stuart. 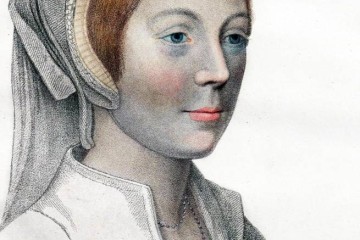