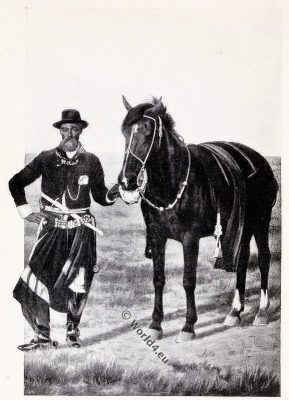 A Vanishing Figure. An Argentine Gaucho 1915.

A Gaucho in full costume, wearing the chiripa, or loose over-trousers, and carrying the bolas around his waist.

Source: THE REAL ARGENTINE. Notes and Impressions of a Year in the Argentine and Uruguay By J. A. HAMMERTON. NEW YORK DODD, MEAD AND COMPANY 1915.