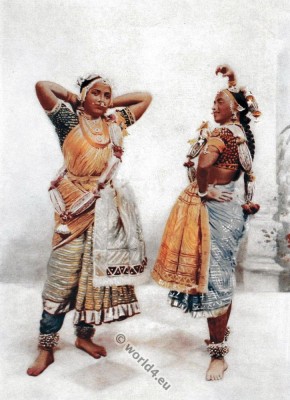 The girls turn round and round, with much waving of the arms, accompanied by the music of tom-toms and other instruments.

Baroda (Vadodara) was a princely state of British India in the present state of Gujarat.

From the book: Living Races of Mankind. A popular illustrated account of the customs, habits, pursuits, feasts, and ceremonies of the races of mankind throughout the world, by Henry Neville Hutchinson (1856-1927), John Walter Gregory and Richard Lydekke. Published by Hutchinson & Co. Paternoster Row, London 1902.