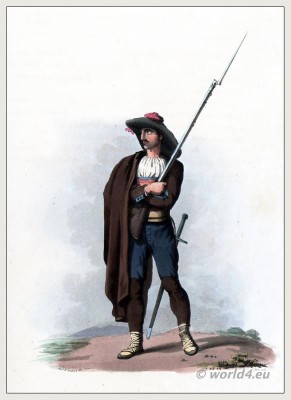 CIUDAD Rodrigo is a city in the province of Salamanca, situated on a rising ground, on the north bank of a river running into the Douro, in the midst of a flat open country, rich in corn and pasturage.
Its fortifications, which have lately been repaired, have some appearance of strength, and are now manned by the militia, a fine corps of between four and five hundred athletic young men, well equipped with English muskets and good toledos,
This city has a handsome cathedral, and is the See of a Bishop.
It contains near two thousand houses, well inhabited, and the citizens appear active and intelligent.