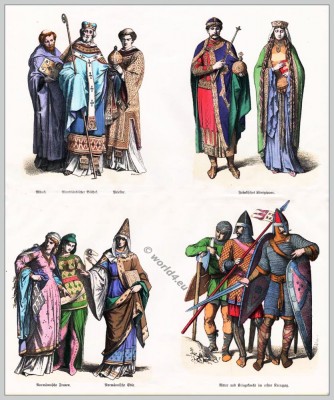 Costumes of the 11th century.

Gallery: On the history of costumes