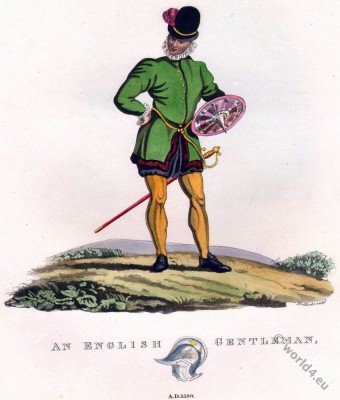 An English Gentleman costume in 1590.