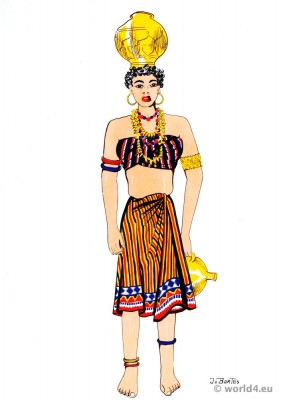 The three Guianas – British, Dutch and French – are the only South American countries under European domination; all the others are independent republics. Many of the Negroes of Dutch Guiana have retreated to the bush, where they have reverted to African tradition.