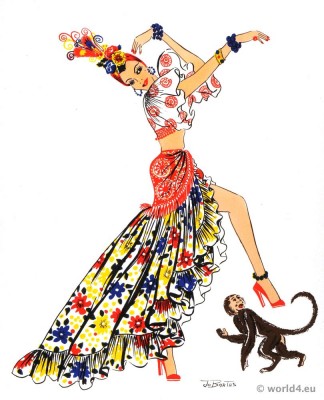 Woman from cuba dancing the rumba.

The rumba, with its source in African jungle rhythms, typifies the manner in which Cuba´s culture has been influenced by the Negroes. Yet for all the publicity it has received, the rumba is not typically Cuban.