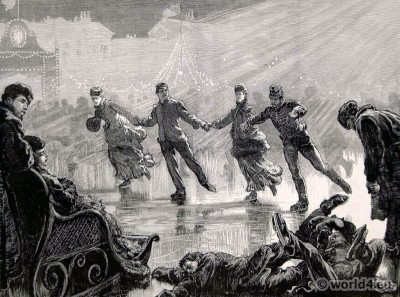 Festivities in Russia. The Royal Party Skating on the English Quay, St. Petersburg.