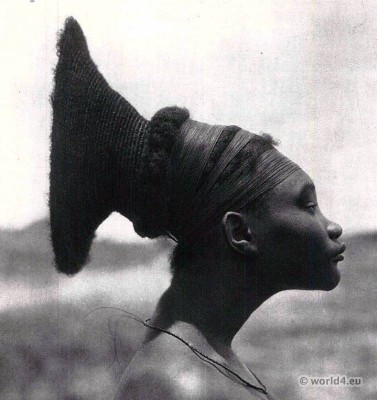 The Mangbetu are people of the Democratic Republic of the Congo, living in the so called Orientale Province. The majority live in the villages of Rungu, Poko, Watsa, Niangara, and Wamba. As a cultural identity marker and sign of tribal affiliation, a cranial deformation was in the infants, especially among higher-ranking tribal families, performed by tying together with braided vines. According to the idea Mangbetu itself should thus also improve thinking skills and ability to learn.