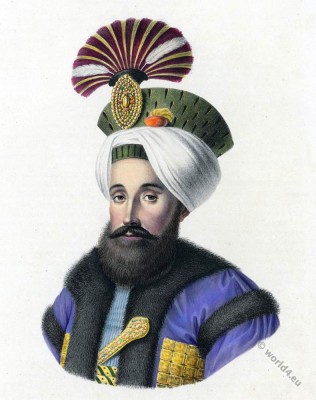 Mahmud was the son of Mustafa II. and was during the Patrona Halil Rebellion-instead of his uncle Ahmed III. placed on the throne. 1754 died Mahmud of heart disease, when he returned from Friday prayer in the mosque. During the reign of Mahmud, the system was introduced, to send Phanariots as an administrator in the principalities of Moldavia and Wallachia.

Note:  A Hamal or common porter at Istanbul. Ottoman Empire