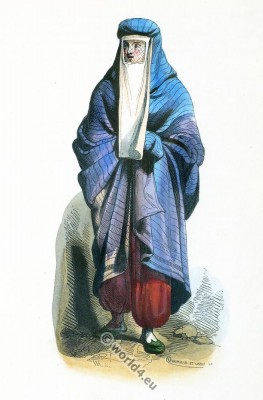 Source: Asian costumes by Auguste Wahlen. Manners, customs and costumes of all peoples of the world.