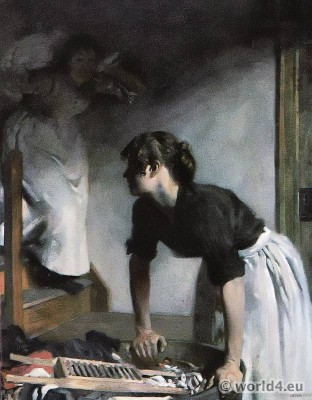 The Wash-House. From the Painting by William Orpen.

William Orpen was a major representative of Impressionism in the United Kingdom. The woman in the picture was Vera Hone lived with her husband as a neighbor of William Orpen in Chelsea and was for a while his main model. Due to the success of his war pictures was William Orpen 1918 admitted to the Order of the British Empire Knight Commander.