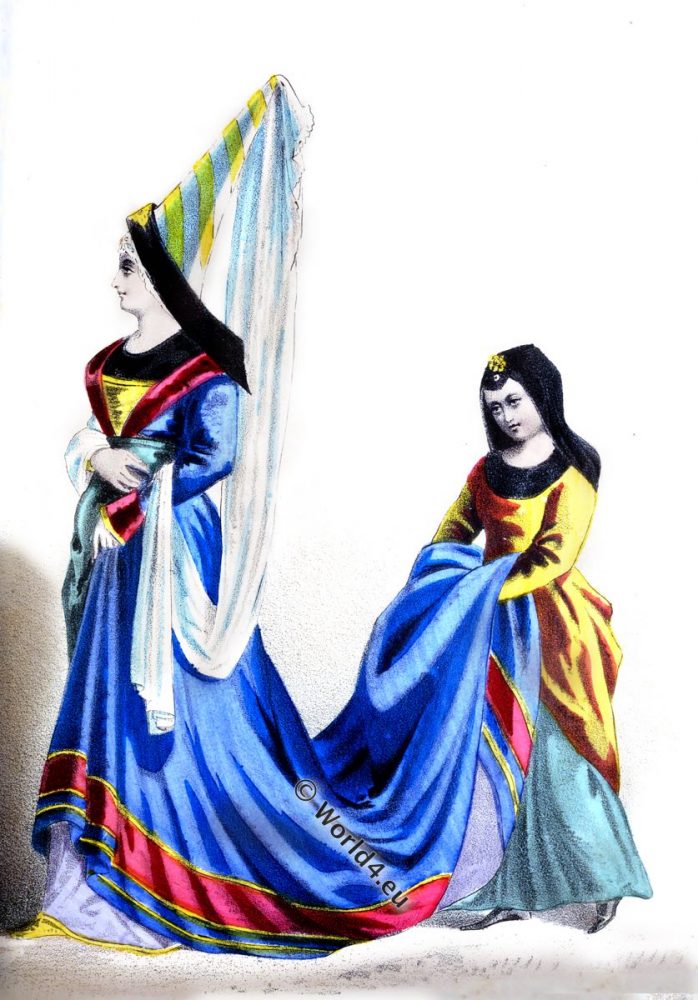 THIS costume is taken from a miniature of the manuscript entitled “Echecs Amoureux” which is found in the Royal Library of Paris. The wearer, a noble French lady, is decked the sugar-loaf head-dress so commonly adopted during all of the fifteenth century.

A band of black velvet, ornamented with an edging of gold, binds her forehead; the part of the robe which covers the breast is worked in black velvet above, and in tissue of gold down to the girdle; the outer robe is made of blue velvet, bordered with gold, and is lined and trimmed with crimson velvet; the ends of the sleeves are also of crimson velvet; the veil is of a white, transparent tissue; the girdle is green, with golden ornaments; the portion of the under-skirt which is seen below is violet; the stockings are black.